What is inflation and how to protect your money? 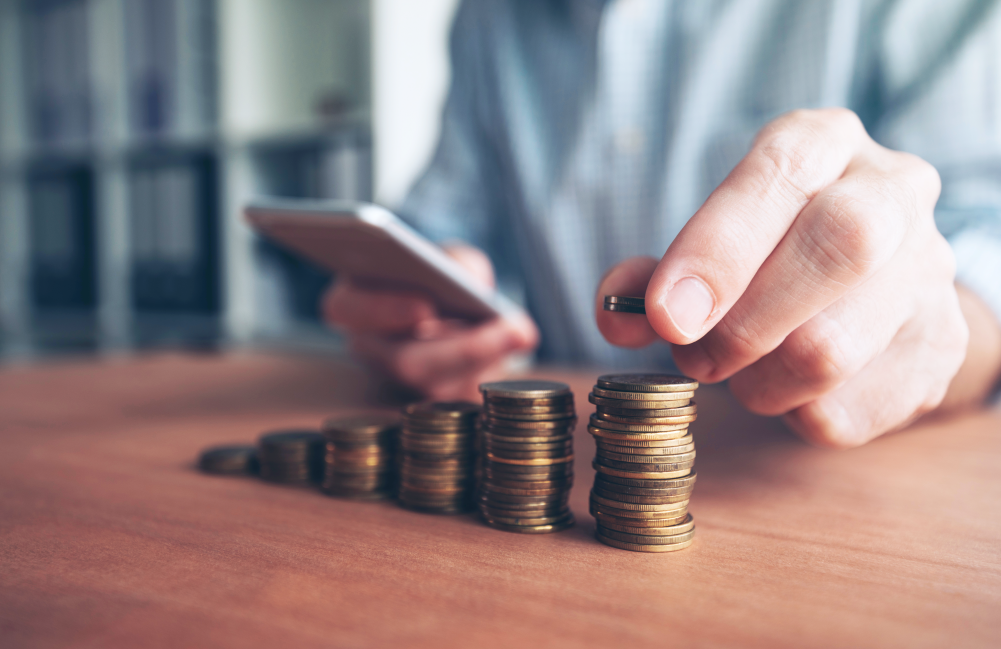 Even before the COVID-19 pandemic, rumours about the economic crisis, inflation, and other general financial downturn spread widely across the world. Although inflation in many European countries isn't greater than usual, even quite low, it is still happening and affecting various spheres of life. Therefore people constantly look for different ways to protect the value of their money in the long term.

Inflation – the percentage by which the prices of goods and services increase. Likewise, it also works as a percentage by which fiat money loses its value. For example, in the 1970s a cup of coffee was 20 cents, today – it’s EUR 1.50. For the same amount of money now you can buy fewer goods than you could have done 50 years ago, because when prices increase – and we all notice this change – the purchasing power of money decreases.

Inflation is measured in CPI – consumer price index. It shows how much money one would spend this year buying the exact same products and services as last year.

Hyperinflation – a higher level of inflation, which is reached when prices of goods and services increase so much that it exceeds 50 per cent per year. One of the most well-known examples of hyperinflation is Venezuela, where inflation in September this year was 1813.1%.

Deflation – the opposite process of inflation, indicating that goods and services become cheaper. At first, this may sound like a good thing, however, it does not do any good to the economy. When prices drop, the state gets fewer taxes, businesses generate less money, debts don’t change, and as a result, it often leads to insolvent people and companies, economic crisis, and other negative outcomes.

A mature market records a normal annual inflation of 1-3 per cent. Inflation of emerging markets can be slightly higher and reach 2-8 per cent.

Due to this predicted and controlled inflation, our salaries, as well as welfare and other benefits, increase annually. It happens because every year for the same amount of money people can buy slightly fewer goods. 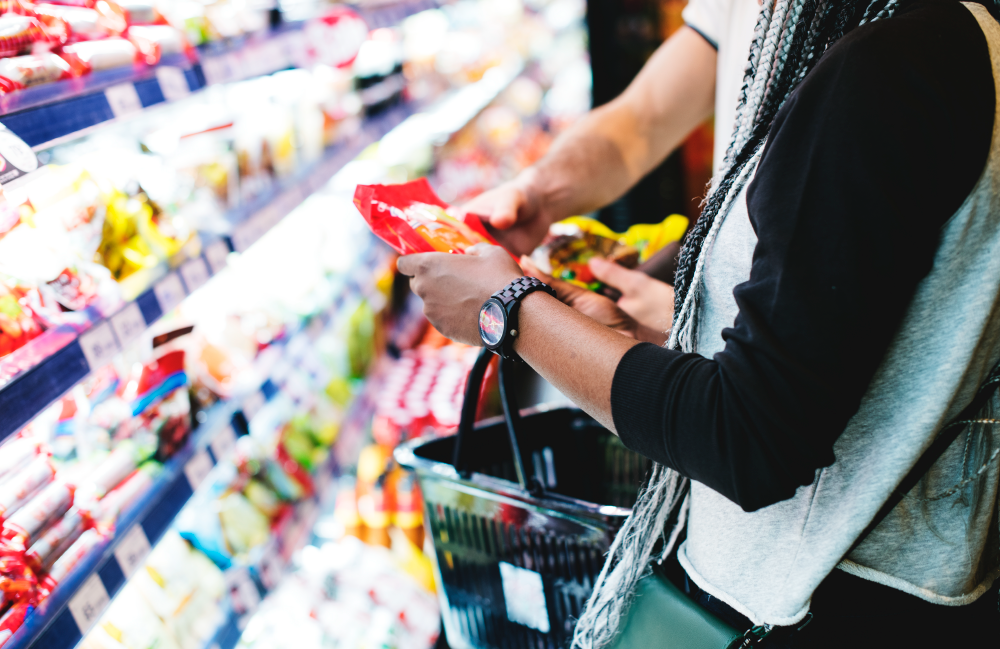 How to protect your money from inflation?

Others fear the risk of losing money and at least for part of their money choose a safer and time-tested method of preserving the value of money – gold. And although the price of gold constantly fluctuates – in the long term it has an upward trend, just like inflation.

Looking at the statistics it is rather clear why for short-term investments and quick return people choose real estate or securities, but in the long term ( at least 10 years) when seeking to preserve the purchasing power of money – gold becomes a great way to diversify the investment portfolio. And since gold prices are affected by different factors than, for instance, real estate, wealthy people often choose to have at least part of their savings in gold.

Moreover, keeping savings in gold becomes more and more viable for regular people. For instance, Paysera clients can simply buy gold bullion or even gold in small parts via the app and pick it up or sell it back at any time. 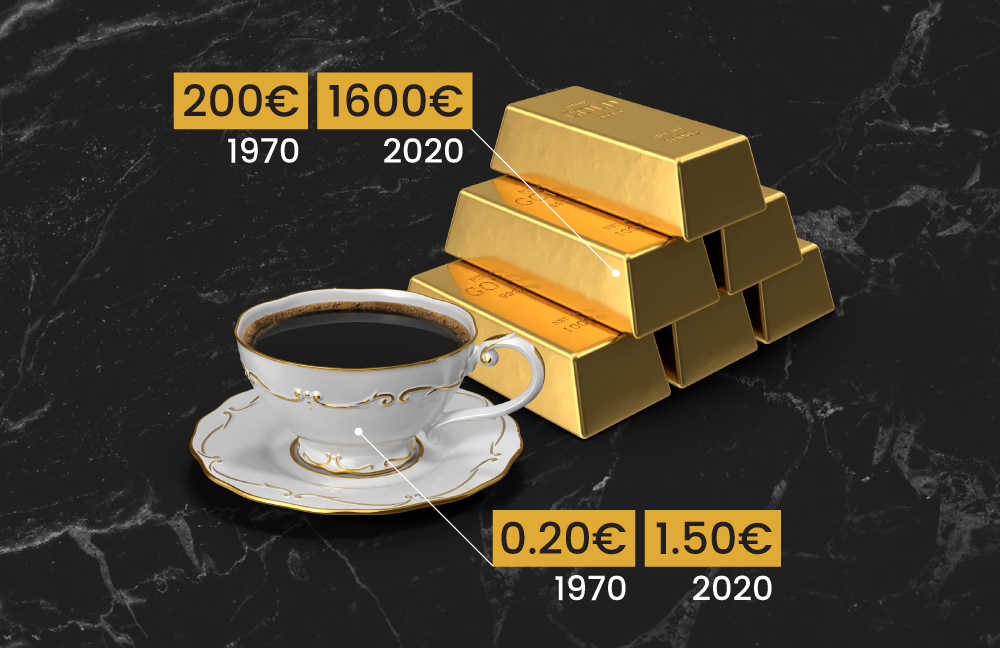 Protect your money – go for gold! 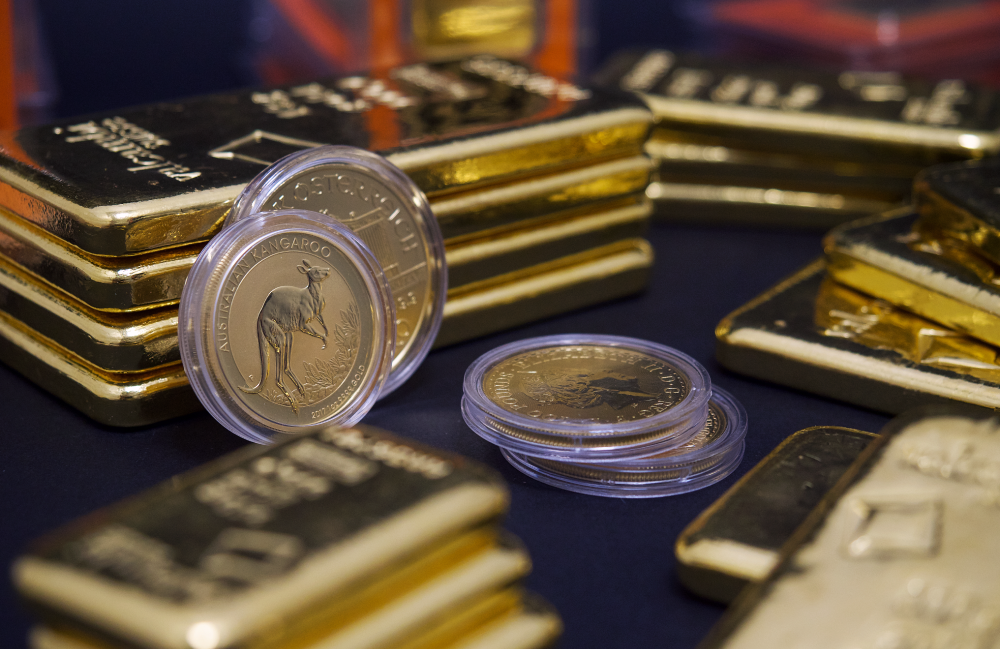 Paysera’s co-founder and main shareholder shares his thoughts on the coexistence of two things which at first might appear incompatible – online fintechs and the physical gold market.

Gold purity, fineness, and karat – what is it and how to check it?

What do numbers describing gold purity mean? What is the difference between karats and fineness? Can you find 100 per cent gold? And how do you check the fineness of gold?

Paysera is an international electronic money institution licensed by the Bank of Lithuania. It offers its clients a spectrum of services from personal and business accounts to a mobile application, a debit card, and payment processing for e-shops.
Read more.